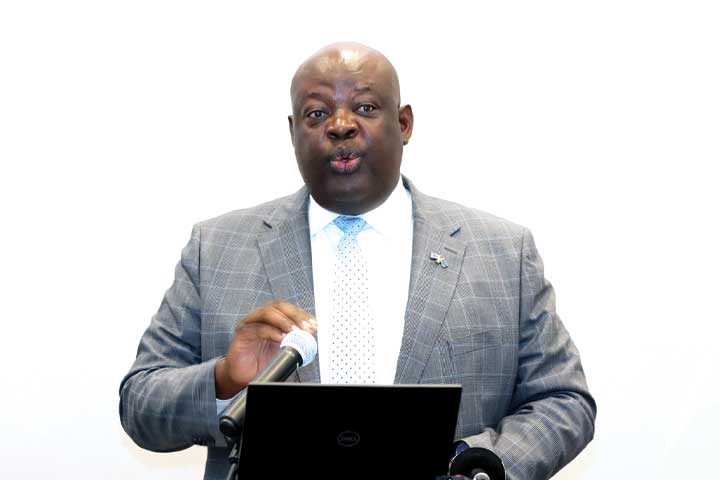 Three areas; political stability, domestic market and macroeconomic stability play a major role in decisions of investors to set up in Botswana.

Notably, investors highlighted that legal and regulatory environment is slightly important to very important, while other variables recorded Not Important at all, albeit with low scores ranging from 4% to 18%. Notwithstanding, various reasons for location in Botswana, challenges remain. Table 2 summarises the views of the investors on the constraints faced in Botswana and the extent severity

Conspicuously corruption is rated as the major impediment to business operations in Botswana. It is followed by inefficient Government bureaucracy, electricity cost, poor work ethic, immigration laws and access to land. Nevertheless, doing business in Botswana remains favourable albeit challenges.

From the Survey, on export Market and Trade Agreements, 50% of the respondent companies were exporters and exported different goods to different locations globally. In perspective, however, 92% exported to Southern Africa, about 38% to the rest of Africa, while other regions (China, India, Europe, USA, Middle East, Rest of Asia, South America) ranged from 0% to 8% in terms of number of respondents exporting to those regions

Majority of the exporters benefited from SACU and SADC FTA agreements despite Botswana being signatory to several trade arrangements. Furthermore, the survey goes on to show that respondents are aware of the other arrangements they can benefit from such as newly signed AfCFTA, AGOA and EU SADC EPA.

The perception of efficiency of Government institutions in delivering investment and export facilitation services is rated average. Improvement is noted in services offered by CIPA, which has been one of the challenging areas in doing business ranking and rating.

On the other hand, the report shows that Botswana’s doing business rankings and ratings have been relatively deteriorating according to Doing Business 2020. Botswana was ranked 87 out of 190 economies, meaning that Botswana has been below par in almost all the topics assessed for Doing Business. The most problematic areas include starting a business, getting electricity and enforcing contracts in which Botswana ranks between 137 and 159 out of 190 economies. Botswana ranked 7th in Africa and was surpassed by economies such as Zambia, Kenya and Rwanda. The deteriorating trend was observed from 2010 when Botswana ranked 10th and was largely influenced by the ability to react and introduce reforms in a speedy manner

Some of the suggestions made by the respondents are seemingly recurring recommendations: export incentives, address of inefficient government bureaucracy, facilitation for policy dialogues to improve private sector advocacy and exporter capacity building. The recurrence may be a suggestion of slow rate of reform on the part of Government in spite of several ongoing business reform activities under the ‘Doing Business Road Map of 2014’

The respondents were sought from different sectors of the economy and in line with priority areas. Majority were from the manufacturing sector representing about 41% followed by agriculture/agribusiness at 16% and business consulting services at 10%. Respondents from remaining priority areas were evenly distributed at around 6%.

The main products include industrial products, clothing and apparel, agricultural products and by products. The services provided cover financial and business services, research and project management. Most respondents, especially those producing goods, source their inputs from outside Botswana, by direct/own importation (64%) and/or through agents (57%). most respondents have multiple sources of inputs and about 53% of inputs are sourced from local private companies while local distributors only supply about 46%. Government remain main market for producers of goods and services at about 81% followed by individuals at about 77%

To ease the pain of transition to its new single market, Africa has learned from trade liberalization in North America and Europe. “Our wide range of partners and experience can help anticipate and mitigate potential disruptions in business and production dynamics,” said Børge Brende, President, and World Economic Forum. “The Forum’s initiatives will help to ease physical, capital and digital flows in Africa through stakeholder collaboration, private-public collaboration and information-sharing.”

Given the continent’s historically low foreign direct investment relative to other regions, the report highlights the sense of excitement as the AfCFTA lowers or removes barriers to trade and competitiveness. “The promising gains from an integrated African market should be a signal to investors around the world that the continent is ripe for business creation, integration and expansion,” said Chido Munyati, Head of Regional Agenda, Africa, World Economic Forum.

“Macro trends in the four key sectors and across Africa’s growth potential reveal tremendous opportunities for business expansion as population, income and connectivity are on the rise,” said Wamkele Mene, Secretary-General, AfCFTA Secretariat.

“These projections reveal an unprecedented opportunity for local and global businesses to invest in African countries and play a vital role in the development of crucial local and regional value chains on the continent,” said Landry Signé, Executive Director and Professor, Thunderbird School of Global Management and Co-Chair, World Economic Forum Regional Action Group for Africa.

The World Economic Forum Annual Meeting 2023 convenes the world’s foremost leaders under the theme, Cooperation in a Fragmented World. It calls on world leaders to address immediate economic, energy and food crises while laying the groundwork for a more sustainable, resilient world. For further information,