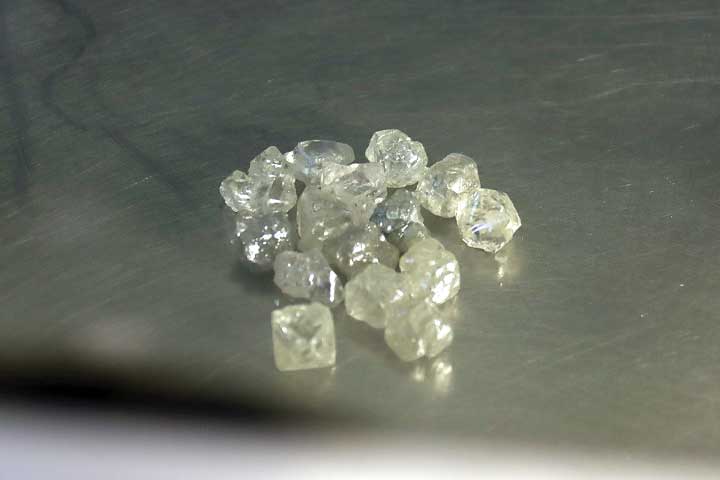 Latest figures released by government owned statistics entity, Statistics Botswana this week show that Botswana recorded a trade deficit in October 2022, as the country continue to face challenges in building an export led manufacturing sector that can also supply the local market with goods.

The leading export commodities during the month were diamonds which accounted for 69.8 percent (P2, 769.1 million) of total exports, followed by copper at 11.0 percent (P437.2 million), machinery & electrical equipment that contributed 5.0 percent (P200.3 million) to the monthly total value of exports.

Exports destined to Asia, the European Union (EU) and Southern African Customs Union (SACU) accounted for 47.2 percent, 23.1 percent and 22.2 percent of the total exports, respectively, during the month under review. “In October 2022, Asia was the top destination for Botswana exports, having received 47.2 percent (P1, 871.8 million) of total exports. These exports were mainly destined for the United Arab Emirates (UAE), China and India, which received 12.6 percent (P498.6 million), 9.7 percent (P383.8 million) and 7.9 percent (P315.0 million) of total exports, respectively. Diamonds and copper were the major commodity groups exported to Asia during the current period.”

The figures indicate that the EU received exports amounting to P918.4 million, representing 23.1 percent of total exports during the month and diamonds were the main commodity group exported to the union. “Belgium received almost all the exports destined for the union, acquiring 99.8 percent (P916.1 million).”

International Merchandise Trade Statistics (IMTS) monthly update indicated that in October 2022 total imports to this country were valued at P7, 012.9 million, a decrease of 42.0 percent from the revised September 2022 value of P12, 084.8 million. The decline in imports is attributed to a reduction in diamonds imports by 79.1 percent (P4, 561.7 million) from the revised September 2022 figure of P 5, 763.4 million to P1, 201.7 million currently, according to the update.

According to the Statistics entity, in October 2022, imports from SACU made a contribution of 72.7 percent, whilst those from Asia and the EU accounted for 12.9 percent and 6.2 percent of total imports respectively. Imports from South Africa accounted for 66.3 percent. “During the current month, South Africa supplied imports representing 66.3 percent (P4, 650.6 million) of total imports. Fuel and Food, Beverages & Tobacco contributed 23.9 percent (P1, 110.8 million) and 20.3 percent (P942.0 million) to total imports from that country, respectively. Machinery & Electrical Equipment followed with a contribution of 15.1 percent (P702.7 million) and Chemicals & Rubber Products contributed 12.4 percent (P576.0 million).”

The updated figures from the entity indicate that Asia supplied imports worth P902.9 million, representing 12.9 percent of Botswana’s total imports and added that the major commodity groups imported from the region were diamonds and machinery & electrical equipment, with contributions of 67.6 percent (P610.2 million) and 12.1 percent (P109.3 million) of total imports from the block, respectively. The Asian countries being Singapore contributed 7.4 percent (P516.3 million) to Botswana’s total imports. China and India followed with contributions of 1.9 percent each, to total imports during the month under review, at values of P132.7 million and P130.7 million respectively.

The entity noted that Botswana received imports worth P434.2 million (6.2 percent) from the EU in October 2022 and the major commodity groups imported from the region were machinery & electrical equipment and diamonds, at 38.7 percent (P168.1 million) and 37.5 percent (P162.9 million) of all imports from the union respectively.

China’s Gross Domestic Product (GDP) expanded by 3% year-on-year to 121.02 trillion yuan ($17.93 trillion) in 2022 despite being mired in various growth pressures, according to data from the National Bureau Statistics.

The annual growth rate beat a median economist forecast of 2.8% as polled by Reuters. The country’s fourth-quarter GDP growth of 2.9% also surpassed expectations for a 1.8% increase.

In 2022, the Chinese economy encountered more difficulties and challenges than was expected amid a complex domestic and international situation. However, NBS said economic growth stabilized after various measures were taken to shore up growth.

Industrial output rose 3.6% in 2022 over the previous year, while retail sales slightly shrank by 0.2% data show that fixed-asset investment increased 5.1% over 2021, with a 9.1% hike in manufacturing investment but a 10% fall in property investment.

China created 12.06 million new jobs in urban regions throughout the year, surpassing its annual target of 11 million, and officials have stressed the importance of continuing an employment-first policy in 2023.

Meanwhile, China tourism market is a step closer to robust recovery. Tourism operators are in high spirits because the market saw a good chance of a robust recovery during the Spring Festival holiday amid relaxed COVID-19 travel policies.

On January 27, the last day of the seven-day break, the Ministry of Culture and Tourism published an encouraging performance report of the tourism market. It said that domestic destinations and attractions received 308 million visits, up 23.1% year-on-year. The number is roughly 88.6% of that in 2019, they year before the pandemic hit.

According to the report, tourism-related revenue generated during the seven-day period was about 375.8 billion yuan ($55.41 billion), a year-on-year rise of 30%. The revenue was about 73% of that in 2019, the Ministry said.