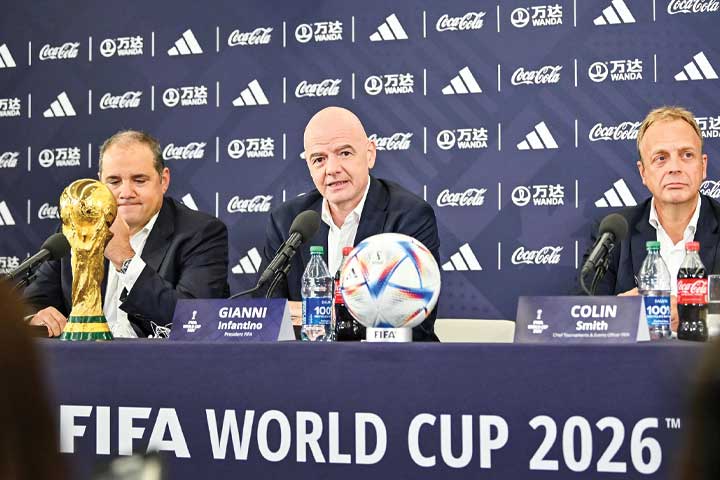 Of late it is reported that, the world governing body, FIFA is considering changing the current format of the World Cup tournament. Should the proposed format be adopted by FIFA next year, the participating teams will increase from 32 to 48 with CAF set to get nine (9) representatives in the next edition instead of the current five (5).

After falling to close the gap on Arsenal by losing to a record breaking goal by Kane at the Tottenham stadium.Manchester City now find themselves being charged by the Premier League with more than 100 breaches of its financial rules following a four-year investigation.

According to BBC , it has referred the club to an independent commission over alleged rule breaches between 2009 and 2018 , and also that Man-city has not been co-operating since the investigation which started in 2018 .

BBC further states that The commission can impose punishment including a fine , points deduction and expelling the club from the Premier league.

Charges of attempted rape and assault have been dropped against Manchester United footballer Mason Greenwood who was arrested in January 2022 after the allegations emerged.

The 21-year-old was arrested in January last year amid allegations surrounding images and videos that emerged online.

The Crown Prosecution Service said the charges were discontinued after a key witness withdrew their involvement.

The Manchester United defender will now focus on his club career having made 93 caps for France, appearing at three world cups and on European championship. The Les Bleus won the World cup in 2018 and Raphael Varane started all but one of France’s matches in Qatar as they finished as runners up to Argentina