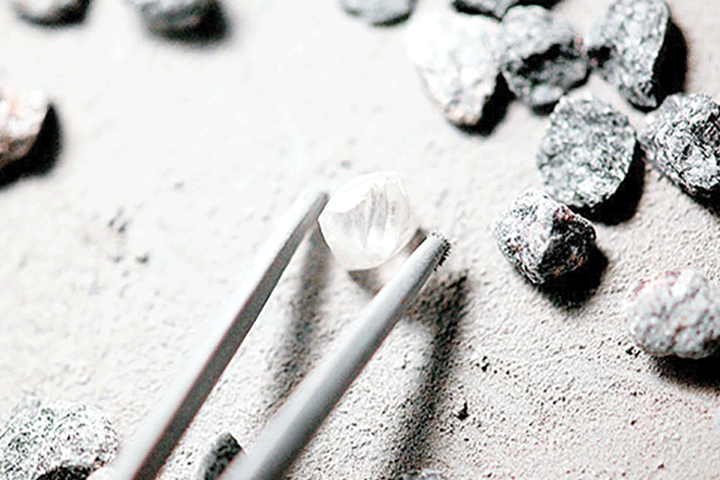 Strong demand for rough diamonds continued in the third quarter of 2022. De Beers Group, the world’s largest producer by value continued to leverage on this, producing according to the demand and enjoying good sales figures.

On Wednesday, the diamond mining behemoth which sources majority of its rough diamonds from Botswana announced the value of rough diamond sales (Global Sightholder Sales and Auctions) for its seventh sales cycle of 2022, amounting to $630 million (Over P7.5 billion). This provisional figure, though slightly lower than the cycle 6 actual value of $638 million, it is 20 percent higher than the 2021 cycle 7 figure of $522 million.

Owing to the restrictions on the movement of people and products in various jurisdictions around the globe, De Beers Group says it continued to implement a more flexible approach to rough diamond sales during the seventh sales cycle of 2022, with the Sight event extended beyond its normal week-long duration.

As a result, the provisional rough diamond sales figure quoted for Cycle 7 represents the expected sales value for the period 15 August to 30 August and remains subject to adjustment based on final completed sales.

Commenting on the sales results Bruce Cleaver, Chief Executive Officer of De Beers Group, noted that the Group’s rough diamond sales continued at a steady level in the seventh sales cycle of 2022, he however highlighted that for the next cycles figures are expected to be lower.

“In line with normal seasonal trends, we anticipate that sales in the next few cycles will be affected by the temporary closure of polishing factories for the Diwali holidays.” He said.

De Beers reported financial results for the first half of 2022, with revenue going up by 24 percent  to $3.6 billion (over P40 billion) from $2.9 billion (over P35 billion) in June 2021 and rough diamond sales rising to $3.3 billion (30 June 2021: $2.6 billion), as the midstream replenished their stocks following strong consumer demand over the holiday season.

The rough price index increased by 28 percent compared with the same period in the prior year, reflecting positive consumer demand for diamond jewellery as well as tightness in inventories across the diamond value chain.

In mining, De Beers said rough diamond production increased by 10 percent to 16.9 million carats (30 June 2021: 15.4 million carats), reflecting a strong operational performance and higher planned levels of production to meet continued strong demand for rough diamonds, while the first quarter of 2021 was affected by particularly high rainfall in Botswana and at Venetia.

“The Government of the Republic of Botswana and De Beers Group have extended their existing agreement for the sale of Debswana’s rough diamond production by 12 months until 30 June 2023,” said the company.

“Following further positive progress towards a new agreement being made in the first half of 2022, the two parties have agreed to the one-year extension to enable the finalisation of the ongoing discussions.”

In Namibia production increased by 50 percent to 1.0 million carats (30 June 2021: 0.7 million carats) primarily due to continued strong performance from the new diamond recovery vessel, the Benguela Gem, in the first quarter of 2022.

In South Africa production increased by 20 percent to 2.9 million carats (30 June 2021: 2.4 million carats) due to the treatment of higher grade ore from the final cut of the open pit at Venetia.

Tsodilo is exempt from the formal valuation and minority shareholder approval requirements. This is for the reason that the fair market value of the private placement, insofar as it involves the director, is not more than 25% of the companyâ€™s market capitalization.

Tsodilo Resources Limited is an international diamond and metals exploration company engaged in the search for economic diamond and metal deposits at its Bosoto Limited and Gcwihaba Resources projects in Botswana. Â The company has a 100% stake in Bosoto which holds the BK16 kimberlite project in the Orapa Kimberlite Field (OKF) in Botswana.

To ease the pain of transition to its new single market, Africa has learned from trade liberalization in North America and Europe. â€śOur wide range of partners and experience can help anticipate and mitigate potential disruptions in business and production dynamics,â€ť said BĂ¸rge Brende, President, and World Economic Forum. â€śThe Forumâ€™s initiatives will help to ease physical, capital and digital flows in Africa through stakeholder collaboration, private-public collaboration and information-sharing.â€ť

Given the continentâ€™s historically low foreign direct investment relative to other regions, the report highlights the sense of excitement as the AfCFTA lowers or removes barriers to trade and competitiveness. â€śThe promising gains from an integrated African market should be a signal to investors around the world that the continent is ripe for business creation, integration and expansion,â€ť said Chido Munyati, Head of Regional Agenda, Africa, World Economic Forum.

â€śMacro trends in the four key sectors and across Africaâ€™s growth potential reveal tremendous opportunities for business expansion as population, income and connectivity are on the rise,â€ť said Wamkele Mene, Secretary-General, AfCFTA Secretariat.

â€śThese projections reveal an unprecedented opportunity for local and global businesses to invest in African countries and play a vital role in the development of crucial local and regional value chains on the continent,â€ť said Landry SignĂ©, Executive Director and Professor, Thunderbird School of Global Management and Co-Chair, World Economic Forum Regional Action Group for Africa.

The World Economic Forum Annual Meeting 2023 convenes the worldâ€™s foremost leaders under the theme, Cooperation in a Fragmented World. It calls on world leaders to address immediate economic, energy and food crises while laying the groundwork for a more sustainable, resilient world. For further information,