At the just-ended Media Content Experience in Johannesburg, South Africa, where 27 journalists from Southern Africa converged at the invitation of Multichoice Africa, media practitioners were told why Mnet will take time to air some productions even though they may be of a high quality.


At a heated press conference held by Mnet’s Director Nkato Mabaso, journalists from Botswana, Namibia and Zimbabwe were among those seeking answers as to why their local productions were not featuring on Mnet channels.


It was argued that some countries on the continent like Nigeria continue to enjoy the publicity on channels such as African Magic even though some of their productions are not up to scratch.


In his response Mabaso said, their preference is market-oriented, the higher the market the possibility of getting recognition. To them is all about business, the market has to be commercially viable.


With Botswana currently with a population of 2 million people, does this mean we will never make it to showing our local talent? He said to them drama slots are growing, which is mostly determined by the ability to tell local authentic stories.
Local productions such as Ntsoro le Toki and Chobolo   used to play in Mzansi Magic when it started but currently is South African productions that are enjoying the play.


Soapies like Zabalaza and Isibaya run weekly on these channels because they are perceived to be tailor-made products. The issue of market, however, raised emotions as journalists demanded answers as to what will happen because bigger countries like Nigerian will continue dominating the industry.


They also wanted to know what criterion is being used to select African songs that feature in their music channels. Journalists continued pressing very hard in seeking answers, but answers remained the same.


At the end of the press conference the Multichoice team took us through the sets of their productions like Isibaya, Vuzu Entertainment; Give me that bill and Zabalaza. The idea was for us to get the feel and experience of how this things are done on how much scale and the budget.

It was quite a fun experience rubbing shoulders with Africa’s celebrities as well as learning on how they spend their days on set. Zeus remains the only artist in Botswana to enjoy airplay in Channel O as well a being nominated more than once to the Channel O awards, which he even won. Zeus is currently based in South Africa where he does his music. 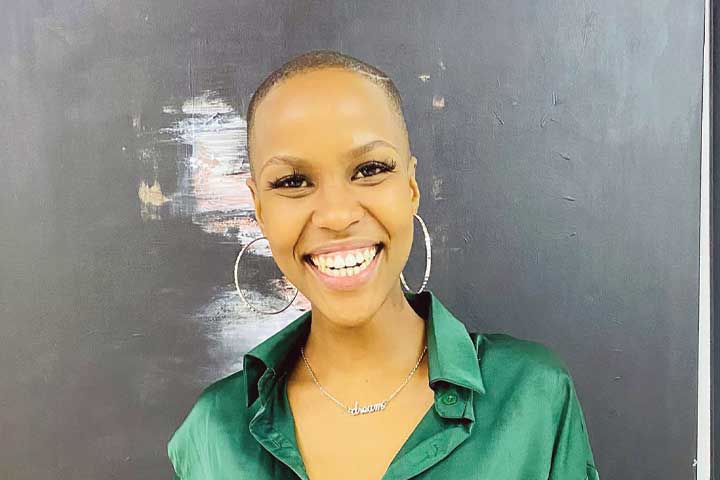 This past weekend MultiChoice Botswana hosted media and lifestyle enthusiasts in Oodi for an evening of fun, drama and everything in between. The treat dubbed Big Brother Titans Botswana media challenge basically recreated the Big Brother experience right here in Botswana.

Big Brother Titans is the joint South African and Nigerian edition of the Big Brother franchise. The series follows contestants as they live in an isolated house and compete for a cash prize at the end of the show by avoiding being evicted from the house by the viewers.

These viewers vote their favorite housemates to stay on the show. The show features housemates from South Africa and Nigeria. The first season of the show premiered on January 15 2023 on DStv.

DStv Botswana Corporate Affairs Manager, Thembile Legwaila told WeekendLife that they saw it critical to host media friends to experience how it feels by being in the Big Brother house.

‚ÄúFor the very first time in history of Big Brother, we‚Äôve seen the merging of two superpowers, Mzansi and Naija, with the Big Brother Titans season and what a better way to celebrate the monumental season than hosting our media friends.‚Äù

Participants were treated to top notch reception complimented by the Oodi sunset which just blew them away. A special shuttle was organized from Gaborone to Oodi, at a farm house that is just incredible in terms of design, aesthetics and ambience.

Of course they were welcomed by soft cocktails and non-alcoholic beverages for those who are not drinkers, and the next booth was an opportunity for housemates to introduce themselves to the man of the house, Biggie. RB2‚Äôs new baby Mdu the Party played the role of Biggie, and he nailed the character.

Some of the contestants were asked what they will do with the grand prize of P5000. With my ongoing voluntary movement, #Pad4HER, I needed the cash prize to push the campaign.¬Ý #Pad4HER is a campaign that I started last year with an aim of helping female students from disadvantaged backgrounds to have access to sanitary towels. Anyway, luck was not on my side but my colleague from The Botswana Gazette, Gosego Motsumi emerged as the winner.

We got done with the questions and made way into the house. The party began with more drinks and the first challenge kicked off. For this particular challenge, we were divided into pairs. I was matched with Motsumi and we won the first challenge.

Other housemates asked how we managed but it was simple: we had a strategy before embarking on the challenge. We sat down and debated on what we need to do in order to emerge victorious.

DStv engaged a phenomenal local chef, Rachel Tlagae who served some enchanting, light meal. Its Big Brother Titans so we ought to mind what we eat and also take note of quantities. Chefs also brought some wine to go with the meal and everyone was contented.

Housemates were taken through the last challenge: mental ability. This particular challenge needed them to know who they are as well as knowing their fellow housemates. It was one of the simplest challenges yet difficult. This is where I lost lot of points even though I was at the top (after winning the first challenge).

These housemates were all unique in their own way. From the media side was myself, Sharon Mathala, Leungo Mokgwathi, Gosego Motsumi and Nancy Ramokhua. This is a team which did exceptionally well altogether. Motsumi emerged as the winner, followed by Mathala and me on fourth position.

The third position was won by Loungo Pitse from influencer‚Äôs side, and he tagged alongside DJ Gouveia, Dato Seiko, Kedi Molosiwa and Gape Makwati.

Legwaila said ‚ÄúWe wanted to have a healthy mix of traditional media (print and radio) as well as social media personalities, artists and content creators in the house. We chose individuals who were characteristically different from each other because variety and diversity is important to us. We of course chose those with outgoing personalities as well as those who are a little more introverted as we wanted the interaction to be authentic and organic. We wanted a solid group of individuals who represented the many different people that make up this beautiful country.‚Äù

DSTV IS COOKING SOMETHING

When quizzed if there are plans to have a similar Big Brother Titans Botswana, Legwaila said ‚ÄúMultiChoice Africa is focused on entertaining audiences all over Africa with the current Big Brother franchises; BB Titans, Mzansi and Naija. Though we have no immediate plans to have a Big Brother Botswana in the future, we are continuously looking at ways to entertain our Botswana audience with local content and we are excited for what‚Äôs to come in the next few weeks from our country.‚Äù 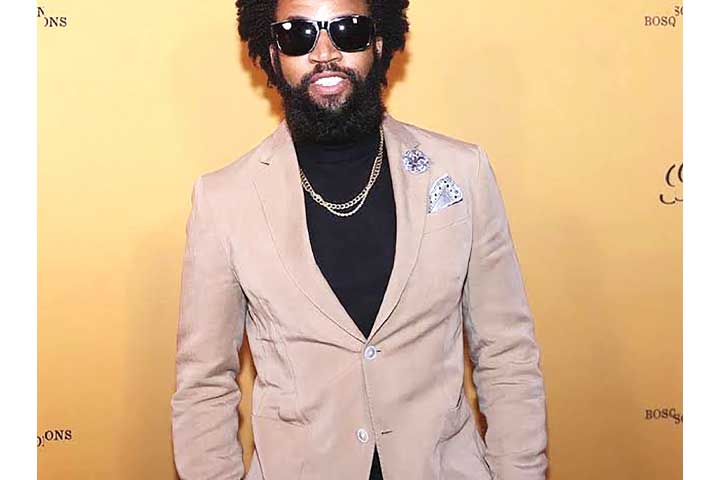 American renowned actor, Denim Richards has been in Botswana for quite a while now with one clear mission: the revamp the film and entertainment industry. 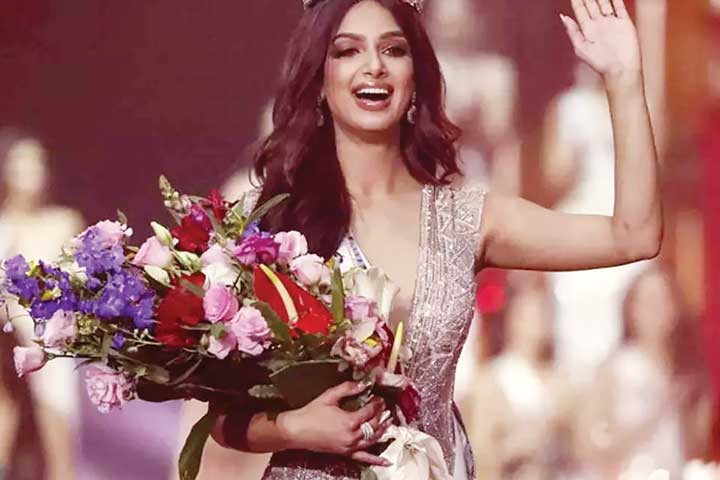 The 71st Miss Universe competition will be going down at the New Orleans Morial Convention Center in New Orleans next week in the United States. There are eighty four entrants at this year‚Äôs Miss Universe, and Botswana will once again not be a part of the pageant.

Despite Botswana showing zero efforts in participating at the Miss Universe, the beauty pageants 2019 crown was flanked by two smaller diamonds cut from the same stoned mined in Botswana.

Jewelry designer Mouawad created a new ‚ÄúPower of Unity‚Äù crown reportedly worth 5 Million US Dollars, and the title was won by South Africa‚Äôs Zozibini Tunzi. She was the third South African to be crowned Miss Universe.

Botswana is said to be one African country with the most beautiful women, but, the poor performance at the Miss Universe, communicates otherwise. Perhaps, representatives at the pageant are not academically gifted, as the Miss Universe tests how keen they are also.

In 2000, Miss Universe Botswana then, Joyce Molemoeng did not place at Miss Universe, and the same blue reality struck again in 2001, when Mataila Sikwane also failed drastically.

Preparations are ongoing to hold the 71st Miss Universe competition. Harnaaz Sandhu of India will crown her successor at the end of the event. There are nine countries which have withdrawn from participating: Denmark, Hungary, Ireland, Israel, Kazakhstan, Kenya, Morocco, Romania and Sweden.

Lebanon won Miss Universe in 1971, Angola in 2011, Trinidad and Tobago in 1977 and1998. Youngest Miss Universe 2022 participants are aged 18, and they are from British Virgin Islands, Iceland and Krgyzstan and Switzerland‚Äôs representative is nineteen.

The new crown, with pear-shaped blue sapphires surrounded by diamonds and valued at approximately 5.58 Million US Dollars, will be the prestigious mark of honor for the winner this coming week.

According to the Miss Universe organization, the Force for Good crown emanates Mouawad‚Äôs passion for crafting the extraordinary, featuring the meticulous setting of sapphires and diamonds, whose design is replete with symbolism.

Reflecting the point that significant change does not happen in an instant, the base of the crown is set with diamonds symbolizing the status quo. From the base upwards, rippling wave motifs reflect the momentum of change, with their varying sizes portraying that this momentum gains ground gradually through advocacy at different moments and places, to audiences large and small, over time.