Debswana First Division League teams are running their last laps of the race to determine winners of the two leagues.

The two divisions seem to have two different scenarios which are completely different towards the end of their league.

For the North side only four games remain to conclude the league and Miscellaneous FC which dominated first position from the word Go is confident it will hold the position to the end.

However, things are different in the South; there is a tight battle between the top four teams. Mogoditshane Fighters, Uniao Flamingo Santos and Modipane United make it difficult to guarantee current log leaders, Jwaneng Galaxy the title more so that they lost their weekend fixture against Santos. Galaxy has only three games left to wrap up the league.

Miscellaneous continues to dominate the north side log with an impressive 41 points. Miscellaneous is eight (8) points clear of Mahalapye Hotspurs who are in second position with 33 points. If Miscellaneous could garner five points from the remaining four games, they automatically gain promotion into the premier league.

Miscellaneous coach, Cairo Sebopelo is confident that they will return to the premier league.

“Though the competition continues to tighten up, we are sure to win the league and go back into the premier league,” said Sebopelo in a brief interview with Weekend Sports.

Miscellaneous has been on top form, and has been unstoppable from the beginning of the league; from 18 games, it registered 12 wins, 5 draws and 1 loss to Kazungula FC.

Their fate is yet to be determined as Kazungula FC is lined up in the remaining fixtures along with Tafic and Palapye All Stars. They will lock horns again with with Kazungula FC on 10 April, just before the league ends.

The battle for second spot in First Division North is unpredictable, though on second position with only 33 points, rivals could topple Mahalapye Hotspurs. Green Lovers FC and Kazungula FC are both on third spot with 29 points each.  On the fourth position is Tafic FC with 28 points.

Threatened with relegation because of their poor performance are Amakhosi, Tonota FC, Palapye All Stars and Great North Tigers. The four clubs are fighting a losing battle at the bottom of the league. Tsabotlhe FC, Tasc and Maun Tigers will survive, with one or two of the middle teams escaping by the skin of their teeth.

In the south side, the leading gap that log leaders, Jwaneng Galaxy once had is closing down at a disturbing rate due to their recent poor show. Recently Galaxy lost 2-0 against third placed Uniao Flamingo Santos. Galaxy is now under pressure to protect their first position.

Galaxy tops the log with 38 points ahead of second placed Mogoditshane fighters who have accumulated 35 points; Uniao Flamingo Santos is on third spot with 32 points.

Mogoditshane Fighters continues to pile pressure on Galaxy in their efforts to return to the premier league. Last week Fighters gained an easy three points from Rolling Boys positioning themselves only three points behind Jwaneng Galaxy.

Fourth placed Modipane United will depend on the uncertainties that the teams ahead experience. For the play-off qualifiers it seems the competition will be between the same four top teams.

In the middle of the log the teams that have the potential to survive the league are Prisons, Rolling Boys and Sharps Electrical which out of the 19 games played have registered 26, 25 and 24 points respectively.

At the tail end of the league is Gantsi Terrors, which managed only 1 point from all games played. Terrors lost all its games and had a single draw. The Gantsi district team’s ship is already sinking.   However, terrors isn’t alone in the sinking ship, Lesirane City, Killer Giants and Black Peril who have 23, 22 and 18 points respectively are also at the brim of relegation. 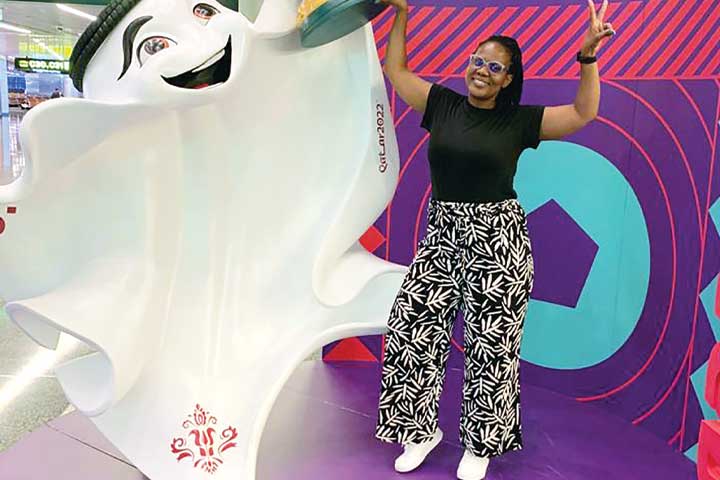