The league is expected to launch in April and kick-off in May and end in July. The next season will commence in September finishing in November. Many successful football countries like Brazil have spent decades perfecting the art of futsal which essentially is a ‘five aside’ game played on an enclosed hard surface court. This leads to people being able to get involved in football even without large facilities, which allows for everyone playing to participate fully with lots of ball control, passes and shots.


“This is how you develop players because all the basic components of technique, reaction, thinking within a short time and all those will be tested. So if we can ensure our players learn this from a young age then we are sure that in the future as a country we can have a pool of quality players,” Moitshephi Seisa of Konneckt Sports said. The league will be dubbed Konneckt Pula Futsal League and will be played at the new Bontleng Park popularly known as Kofifi.


The league will be divided into three categories, Under 13, under 17 and an open session. The under 13 will be three aside where developmental coaches will be available to identify and help in nurturing talent. The under 17 will be five aside, still with coaches helping in identifying talents. Konneckt Sports already has good working relations with a number of academies in Gaborone which are expected to feature in the league.


Registration for the teams is open for all teams. There is no registration fee for the Under 13 side while P100 is needed for Under 17. The open session will see teams popping up P400. Konneckt Sports is aiming to export athletes from any disciplines abroad. Among the activities they sponsored by far is the Tutume Football Tournament at a tune of P53, 000 while the Hamba Bicycle Challenge is billed for the 15th of April in Tutume. 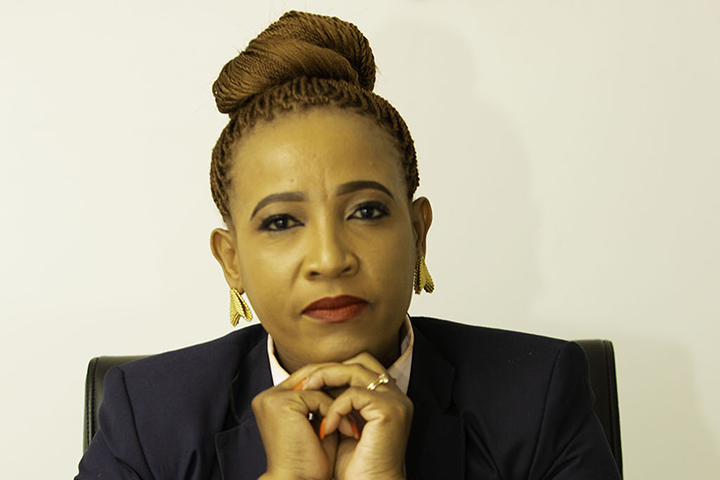 The under-17 team was kicked out of the regional COSAFA competition after they failed the Magnetic Resonance Imaging test (MRI) which led to his sacking ultimately.
The new BFA boss has signed three-year contract with BFA and she will resume her new position from April 5th 2021 taking a reign from Thabiso Kebotsamang who has been acting as CEO of the local governing body.

Taylor joins BFA joins with more than 18 years of corporate and commercial professional experience backed by a distinguished track record of identifying the uniqueness of brands, accentuating their appeal, taking them to market, and maximizing their value. Talyor brings a unique set of skills, perspectives, and relationships to lead the BFA into the future.

“Building on what the BFA has already accomplished, under her leadership, the Association hopes to hone its strategic direction, grow, and develop, as well as strengthen its partnerships and build new relationships,” reads press statement from Lekidi.

Prior to Econet Media, she worked in the Wholesale Business arm of BTCL, spearheading business development efforts, managing complex international relationships with strategic business partners within the framework of an international body charged with maintaining practices and standards; a similar arrangement to that which exists in football, with both FIFA and UEFA.

Her previous roles have also required reaching down into grassroots organizations to encourage the development of local capability.  The new BFA female boss holds a Bachelor of Business Administration with a major in marketing from the University of Botswana (UB), including an array of professional courses in the areas of Digital Marketing with the University of Cape Town (UCT), Senior Development Program with USB-Ed and Enterprise Risk Management with Botswana Accountancy College (BAC) among others.

AFCON 2021 was always a fallacy

In a country that places sport at the bottom of its priorities, Botswana Senior national team’s dream of qualifying to the 33rd edition of the African prestigious tournament was a misconception right from the beginning.

With Adel Amrouche, recruited and paid a staggering P 250 000 to embody the future of the Zebras squad, his buoyance and pragmatic style of coaching appeared to confuse different ideologies of the game.

Botswana’s elite league has been in chains for over a year now. Players’ fitness, without doubt took a nose dive because majority of them had never kicked the ball in a competitive game. Dangling bigger carrots by the Government of Botswana at a very crucial stage was never going to help the situation.

These stories of a disjointed association and league point rather wearily to the basic obstacle on Botswana’s own path to Cameroon games. A Premier League that refused to restart the games and many published Government Gazette that closed out sport have edged Botswana’s national team concerns to the fringes. Players are not allowed to play at club level but are expected to kick the ball and win on the international stage.

Football for a very long time has been feeding from crumps. There is no clear budget for sport and even 11th hour incentives cannot help turn the corner, only thorough preparations can.

For far too long, Botswana has become a little more than a spectator in an African Cup of Nations qualifying race. The future of this footballing nation now mirrors a tomorrow that may never come. It does not come by fluke…like many aspects of life, even in football, there are no short cuts. There is no easy way to the top. It tells a story that we are jumbling preparations of the game, no wonder we could not juggle the ball better than Zimbabwe.

But all these things come from afar. When Amrouche was employed, like many of his predecessors, he was asked to take the team to AFCON finals, but this never materialized because there is no clear road map. Some of the stories are of course his own doing. The reported fall out he had with some players and members of the technical team meant that he earned himself many enemies.

Many loved his tough nosed approach to disciplinary issues. When he came in he put his foot on the ground and immediately suspended about four players for disobeying his laid down camp rules.

Amrouche is not a man who trusts easily. He fired almost everyone he feels sabotaged him. He ultimately surrounded himself with few faces new to the game. Unfortunately, it turned out that he was doing it too much…running the show all by himself.

His prize tag was justifiable enough to qualify the team to the African show piece but little did he know that he had many enemies who prayed day and night that he does not make it.

Statistically, his coaching resume in the country does not inspire confidence. He played a total of 8 games. He won 1 game and lost 5, the other two games ended in a stalemate. This is from a man who smiles all the way to the bank to withdraw P250 000 every month.

With Amrouche, Botswana was expected to take some pride from Cape Verde of 2010 and Madagascar of 2019; they can’t just leave with crossed arms, and so followers thought this was going to be a one-on-one match.

But as fate finally proved it, Botswana is not organized in doing their things, no wonder their success, both in the region and the continent is not highly merited. A coach given blank administration duties slowly became a rolling stone.

He is allowed to recruit players and negotiate contracts for them with oversea clubs. While some see it as a good gesture, to others is a direct conflict of interest. It means players would not be picked on merit, but in line of favouritism.  This explains why Tshepo Maikano, the Zebras trusted right back, was benched because he had a fallout with the coach mid-way through the preparations. He was replaced with Gape Gaogane who was being trialled in the position.

This is the reason players like Kobamelo Kebaikanye played the entire game simply because he is in good books with the coach.

Without doubt, and by his own admission, Amrouche has failed. He has sabotaged the country and he too has been sabotaged.

Striker Teenage Orebonye and midfielder Kabelo Seakanyeng could have played the Zimbabwe affair, but it turns out that some within the federation sit until the last hour to process their visas, consequently spoiling Amrouche’s plans.

These are the two players Amrouche personally ensured that they play in oversea games but he now knows that AFCON 2021 failure cannot be accepted.

There is a critical amount of public debate unfolding on when and how the football industry should return to play amid the ravaging coronavirus pandemic.

The discussions are spearheaded by the Footballers Union of Botswana (FUB), who in a short period of time, have earned an abrasive response from the local football body, Botswana Football Association (BFA).

FUB whose primary mandate is to stand for the welfare of players in the country, are not satisfied with the state of football affairs in the country. The body has thus far sent a 16 page document to BFA, spelling out reasons why football has to return with immediate effect.

“The primary reason to return to play is economic; entertainment comes as an afterthought at this situation. Football pays players,” the document reads.

The union is steadfast on its insistency that players and members of technical staff are no longer coping without the game. It is their hope that all involved stakeholders must come together and iron out differences for the betterment of the game.

“In recent past, we engaged in several discussions with our members and the overwhelming feedback from these conversations is that players are not only concerned about their own health and safety but predominantly about their family members,” FUB argues.

The union further contends that football must return because players are slowly losing interest in the game.

According to their survey, there is an overwhelming feeling that many players would not return to the game if it takes too long to lift restrictions.

“The game is already down on its knees, some players are contemplating on quitting and by the time we return they will be no clubs to form competitive leagues, the sooner we come back to the game the better,” the union states.

The union continues to exert pressure on the association to put all modalities in place for safe return. There is a massive concern about the readiness of clubs even when circumstances are too much to overcome.

The union is worried about the readiness of the club’s medical staff to protect players and avail necessary tools in the context of COVID-19.

FUB further notes that there are problems on both sides of football. Played or halted. The union had previously conducted a survey and the results are not pleasing.

The number of professional footballers reporting anxiety and depression symptoms has risen sharply upon football career retirement, a survey by FIFPRO and Footballers Union of Botswana (FUB) has found.

It was found out that 95% of players hold BGCSE qualification, 12% have gone up to tertiary level while the remaining have only Junior Certificate as their academic achievement. This fed to the long standing doubt why players fail to make it from playing football.

This study is in consistent with the other one conducted recently after corona virus forced football to shut down where players started to fret about their future.

Opposition Will Never Achieve Anything- Nkaigwa

Botswana benefits over P100 million in grants from Japan

OFF THE HOOK: Bakang Seretse and Kenneth Kerekang have been set free

Do NOT follow this link or you will be banned from the site!